Build the Back to the Future DeLorean - Editorial B

BACK TO THE FUTURE: DOC BROWN'S TOP 10 INVENTIONS

Doc Brown was not just the eccentric genius behind the time-traveling DeLorean in the Back to the Future movies. He racked up a number of other temporal treats in other media, as Rich Handley, the author of A Matter of Time found out...

"Wait a minute, Doc. Are you telling me that you built a time machine... out of a DeLorean?" – Marty McFly

Emmett Brown's time-traveling DeLorean DMC-12 is arguably the most iconic motor vehicle ever to appear in any science-fiction film. Powered by a Flux Capacitor and fueled by plutonium, the fiberglass-bodied sports car, immediately recognizable for its stainless-steel body panels and gull-wing doors (and, later, its ability to fly), could carry occupants to any era, past or future—and in style, to boot. It's impossible to think of Back to the Future without picturing the DeLorean, and one can't think about DeLoreans without being reminded of Back to the Future; the two are inexorably intertwined.

Doc's time machine was originally conceived as being constructed from a refrigerator, but director Robert Zemeckis and executive producer Steven Spielberg changed it to a car out of fear that children, after seeing the movie, might suffocate after climbing into a fridge. The filmmakers chose a DeLorean to pay homage to the gull-wing doors of Klaatu's spaceship in the film The Day the Earth Stood Still. In the first two drafts of Back to the Future's screenplay, written by Zemeckis and Bob Gale, the refrigerator time machine was enabled by a device called a Photo-Electric Chemical Power Converter, which became the Flux Capacitance Energy Converter in draft three, the Temporal Field Capacitor in draft four, and the Flux Capacitor in the finished film.

Doc Brown's most famous invention was neither his first foray into time travel, nor his last. In addition to the DeLorean and the Jules Verne Train—a flying, steam-powered locomotive that he built while living in the Old West in Back to the Future Part III—he also constructed a variety of other temporal-traversing vehicles and devices, as featured in the Back to the Future cartoon, amusement-park ride, video game, and comic books. Here are ten additional time-travel technologies that the eccentric inventor contributed to the scientific community.

A temporal duplicate of the DeLorean was somehow created in 1955 when the vehicle was struck by lightning at the end of Back to the Future Part II, causing it to be instantly transported 70 years into the future. Doc discovered this anomalous car while visiting the year 2025 and brought it back to 1986 to replace his original vehicle, which had been destroyed in Part III. [Back to the Future: The Game]

Doc built another flying DeLorean with audio-activated time circuits, which could fold up into a briefcase; convert into a stretch limousine, zeppelin, or covered wagon; and navigate underwater (above). The car's greater capacity could accommodate his entire family and pet dog. A remote-controlled crane could carry the briefcase, and the car was un-lockable only by his family's voice or Einstein's bark. [Back to the Future: The Animated Series]

Doc's experimental Eight-Passenger DeLorean Time Travel Vehicle, an energy-efficient, convertible upgrade from his original design, could carry eight occupants in two rows of four. The Institute of Future Technology (IFT) used this larger model for research purposes, routinely sending teams of time-travel volunteers to study other eras. Biff Tannen once stole the car for a joy ride through time. [Back to the Future: The Ride]

While trapped in 1692 during the Salem witch trials, Doc created a miniature time-traveling mail truck. The sophisticated robotic mail-delivery system, built from a toy mail truck and a Flux Capacitor cannibalized from the Jules Verne Train, was designed to deliver a call for help to Marty in 1991. [Back to the Future:The Animated Series]

Doc built a prototype Temporal Field Capacitor in 1962, capable of sending objects into the future but not the past. The U.S. government offered to fund its development in the hope of having a working time machine at their disposal, but after dreaming of a future in which time itself could be used as a weapon, he destroyed the device while burning his mansion down for the insurance money. [BTTF comic, IDW]

The Temporal Field Generator Mark II, a prototype chronal-displacement device, failed to work as planned, as it could only operate in the era in which it was activated, and because a tremendous amount of heat was created as a byproduct of stored electrical current—if improperly used, it could destroy the fabric of reality. [Back to the Future: comic, IDW]

Doc built a time machine in 1893 based on a Serpollet steam tricycle, which he dubbed the Steam Time Car. The vehicle contained the Jules Verne Train's time circuits and Flux Capacitor; a large hot-air balloon to lift it up a half-mile into the air, enabling the car to reach 88 miles per hour during freefall; and a parachute to ease its return to the ground following time travel. [Back to the Future: comic, IDW]

The Timespan, which Doc conceived at the Institute of Future Technology (above), utilized holographic place/time projection to achieve time travel. Little is known about this particular invention. [Back to the Future: The Ride, described on signage]

The Timeman, also created at the IFT, was a personal time-travel suit equipped with fusion-powered maglev hover boots that allowed a wearer to levitate and fly. [Back to the Future: The Ride, described on signage]

Finally, Doc Brown devised a number of ancillary systems, including: Diagnostic Modules, built to troubleshoot problems involving the DeLorean's time circuits; the Chronometric Analyzer, allowing the inventor to analyze and repair such problems; and Flux Synchronization Modules, a set of maintenance units designed to synch up two DeLoreans in order to link both vehicles' time circuits and enable Doc to override one car's time destination via the other's computer. [Back to the Future: The Game]

Join the vast community of Eaglemoss DeLorean fans and watch others build their time machine through instructional videos. 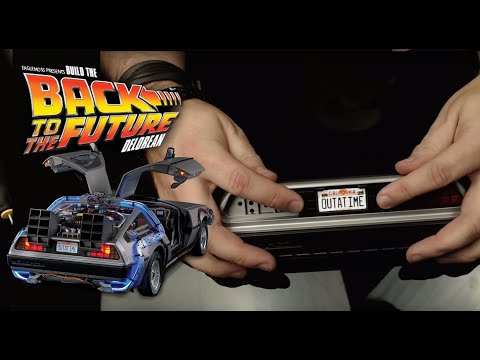 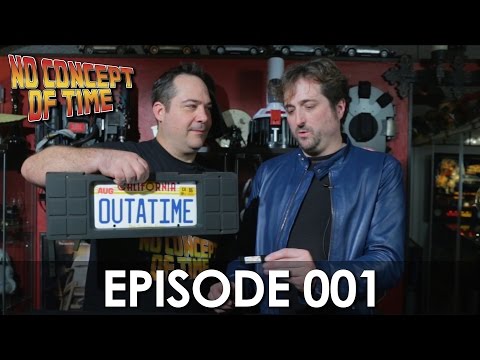 The team is bringing you all-new interviews, special segments, epic field trips - and, they'll be working together to build the DeLorean Time Machine model by Eaglemoss.

For more info on the Build the Back to the Future DeLoreran, click here.