Celebrate Mustang Day by building your very own Eleanor Mustang from the action-packed, Gone in 60 Seconds, or the 1968 Ford Mustang GT. 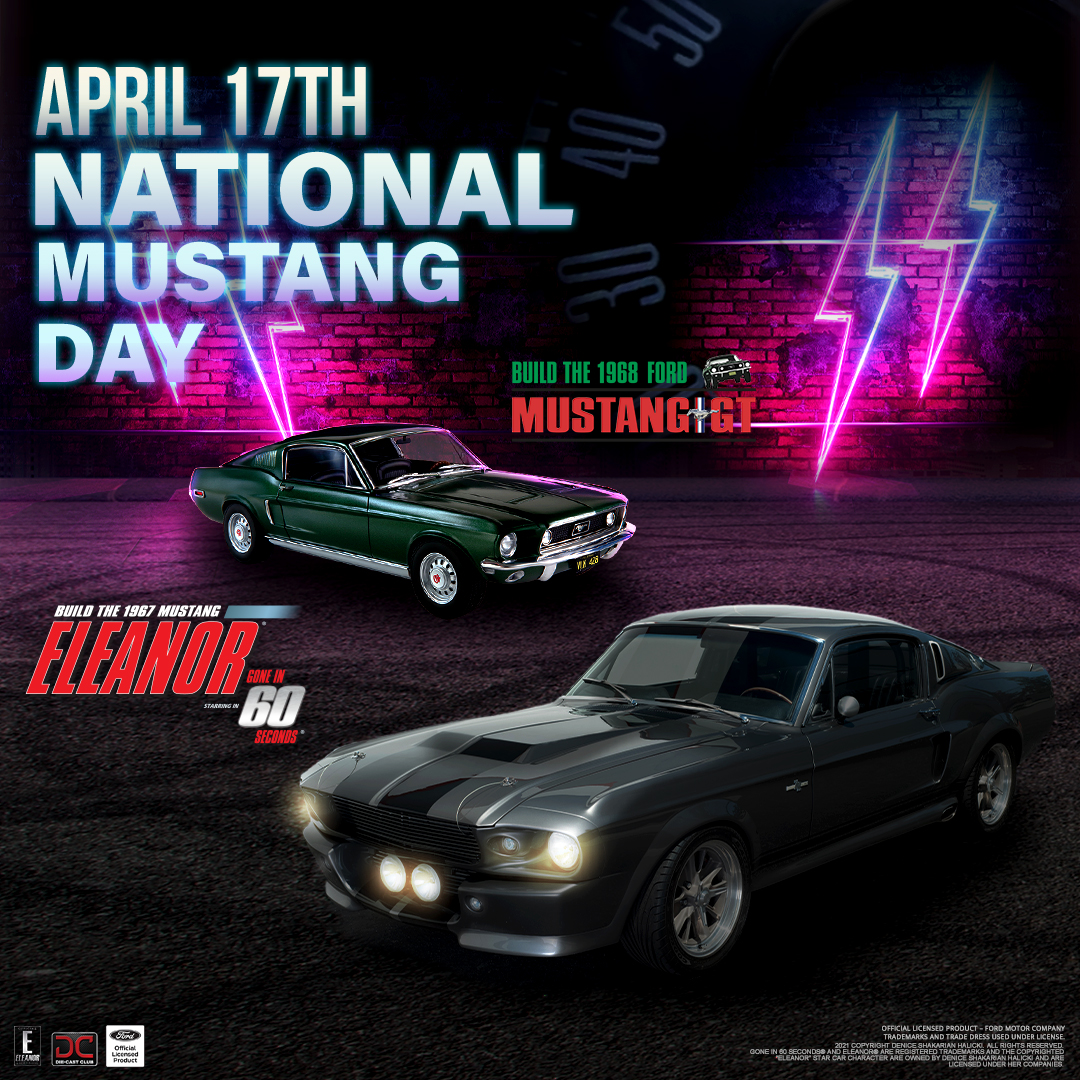 This 1:8 scale die-cast model is a highly detailed replica of the Eleanor Mustang. It builds up week-by-week and is over 22" long, made from die-cast metal and other high-quality materials, and equipped with a wealth of working lights. Making it is very straightforward and all the parts simply click or screw into place. 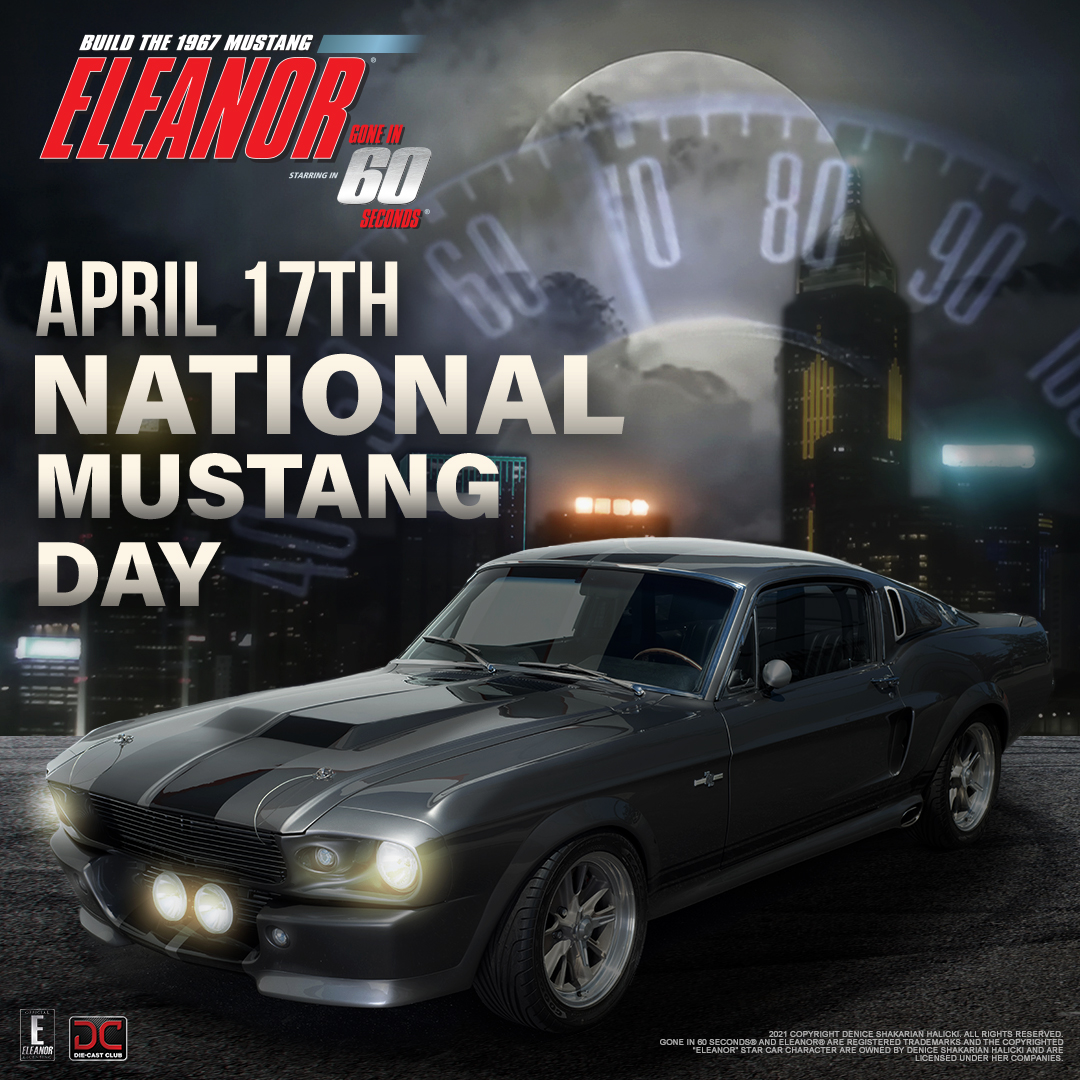 This unique scale model has been created in collaboration with Denice Shakarian Halicki, the wife of the legendary H.B. Halicki, who wrote, directed, and starred in the original 1974 Gone in 60 Seconds movie in which Eleanor first starred. What makes the model so exciting is that it is the first officially licensed 1:8 scale build-up of the world’s most famous Mustang. It means that as well as a joy to build, this model is also destined to become a genuine collector’s item.

Authentic in every detail, This magnificent 1:8 scale model is an exact replica of the beautiful Eleanor – star of the 2000 movie Gone in 60 Seconds. Made from die-cast metal and other high-quality materials, this is the first-ever 1:8 scale build-up model of this screen icon. Features include working lights, open-and-close hood, trunk and doors, turning wheels, and much more. The superb attention to detail even goes as far as a “Go Baby Go” gearshift, a NOS switch, and a nitrous oxide tank in the trunk. 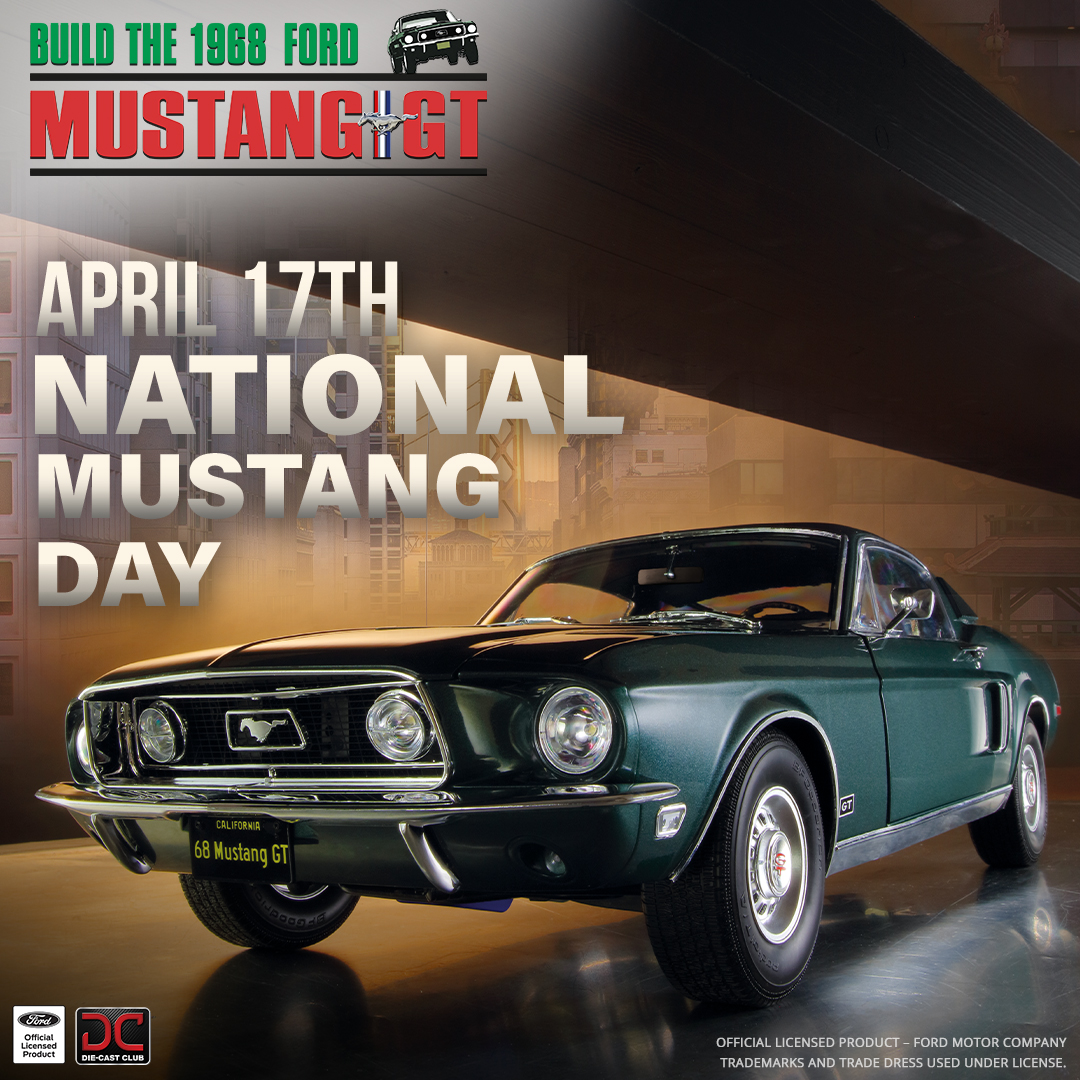 This stunningly accurate 1:8 scale die-cast replica of the 1968 Mustang GT, builds up week-by-week and is over 20" LONG, with a metal body. Building it is very straightforward and all the parts simply click or screw into place.

There is no cooler car from the 1960s than the Ford Mustang, the original “pony car” that combined power, performance, and understated style like nothing before or since. And now, for the first time at 1:8 scale, you can build your own Highland Green 1968 Ford Mustang GT Fastback, the model that was later transformed into the legendary car involved in the greatest Hollywood car chase of all time in Bullitt.

This superb 1:8 scale model is made from high-quality die-cast metal, along with other precision-engineered components in ABS plastic and rubber. Functioning parts include working front and rear lights, opening doors, hood, and trunk, wind-down windows, and rotating front wheels. It’s a stunning reproduction of a factory-specification 1968 Mustang GT Fastback, but what takes this sublime replica to another level is an optional customization kit that converts an already-cool Mustang into a genuinely iconic car.